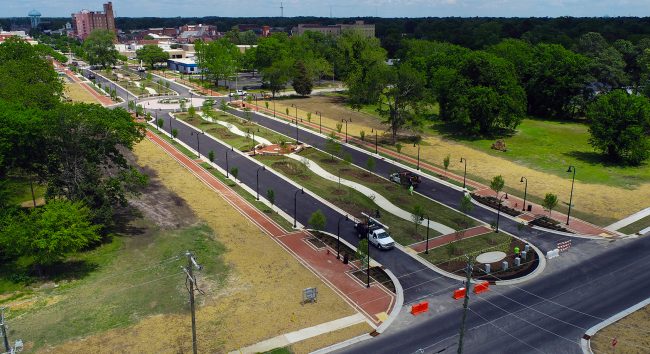 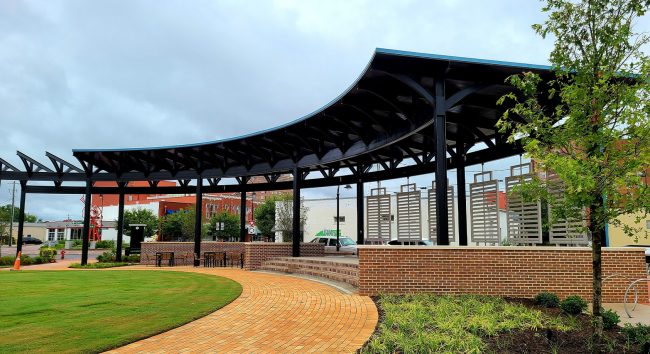 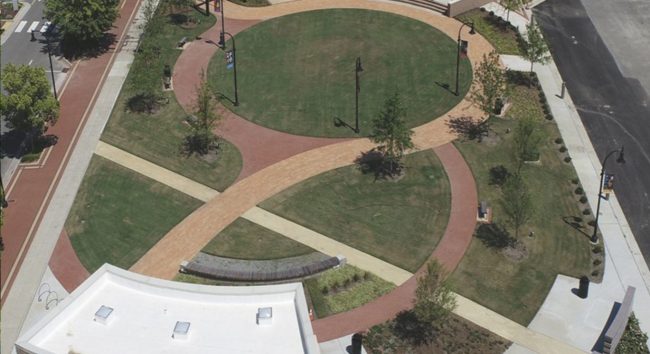 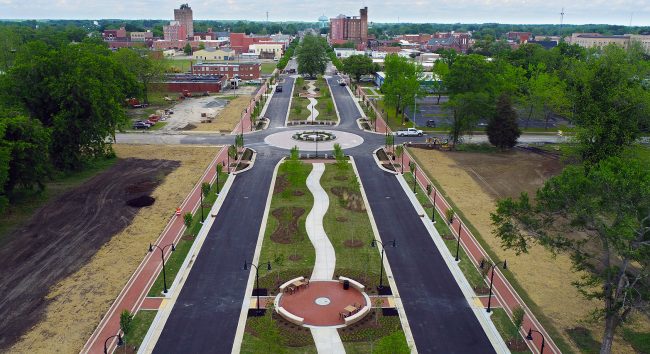 T. A. Loving constructed two phases of the Center Street revitalization in Goldsboro, NC. These improvements have attracted dozens of new businesses and property investors.

Phase III, completed in 2020, saw the creation of the HUB, a multi-modal transportation center that is also a multi-functional public space. Part of the Mountain to Sea Trail, it invites people to travel by bus, on a bicycle or on foot as well as enjoy everyday life and assemble for special events. The Park features  a new performing arts amphitheater with open spaces for lawn seating, a fire pit, interweaving curved walkways, and visitor amenities such as temperature-controlled restroom access.

The City of Goldsboro was awarded TIGER Grants for the Center Street Redevelopment.

See what else we've been doing

Examples of work in the fields of healthcare, higher education, sports facilities and more

View Project
Want to work with us? Click here to view our current openings